Swan feed, at the WWT Welney

This weekend, I was back in Cambridgeshire visiting family.  While I was there, I took a trip to the Wildfowl & Wetlands Trust at Welney to experience one of their winter swan feeds.

Each winter thousands of swans and migratory ducks flock to the Ouse washes from their breeding grounds in Iceland and Arctic Russia for winter.  To help them out, the WWT provides daily feeds to boost their own foraging and it's quite a spectacle.

We arrived around 30 mutes before the feed and were met with a large amount of Whoopers and a few Mallard mixing with the Pochards, Mallards and Teals in front of the observatory. 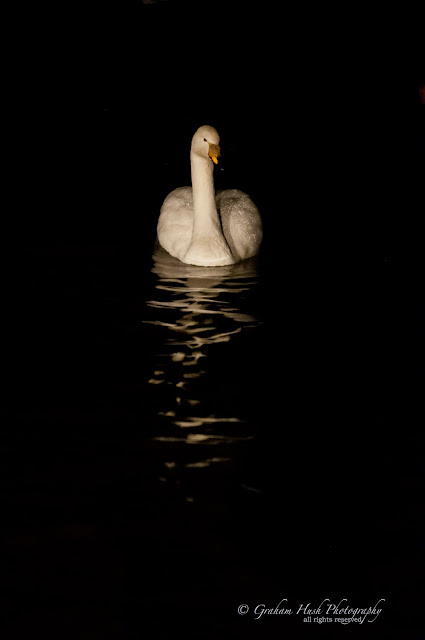 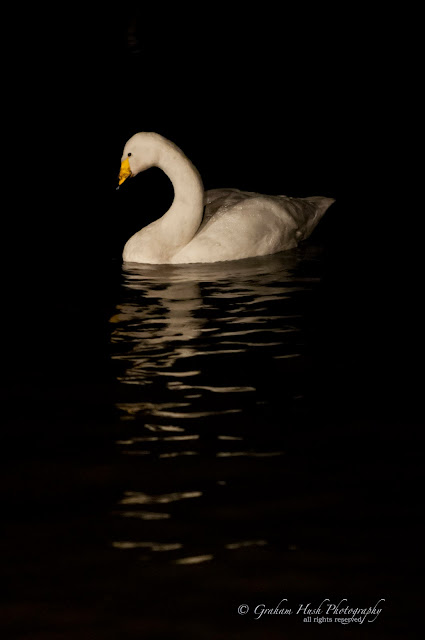 There were a large amount of young swans, which is one of the beautiful things about the experience; the family groups of swans returning to Welney with their new brood of signets. 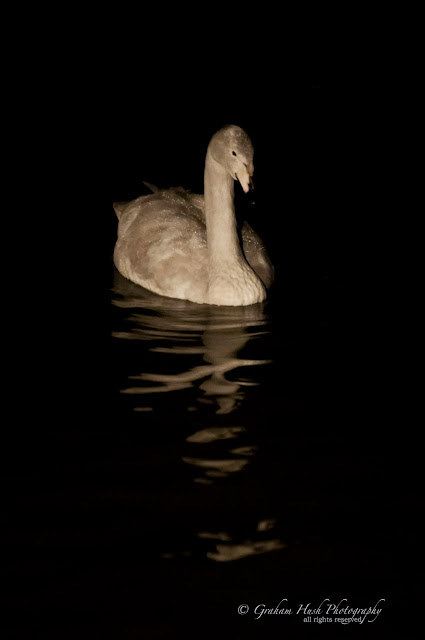 After a brief introduction by one of Welney's wardens, giving some background as to why there are so many swans and waterfowl returning to the reserve, the feed started.  And, in all honesty, the birds went a little crazy. 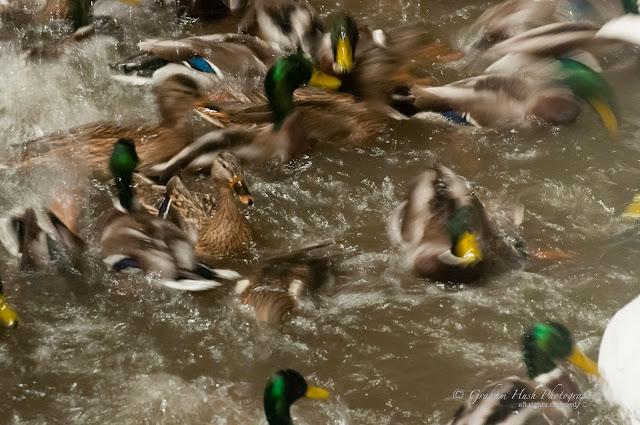 Thousands of birds appeared in front of the observatory taking full advantage of the free food and, with it, out went any pleasantries and manners.  If any birds got too close, they soon knew about it. 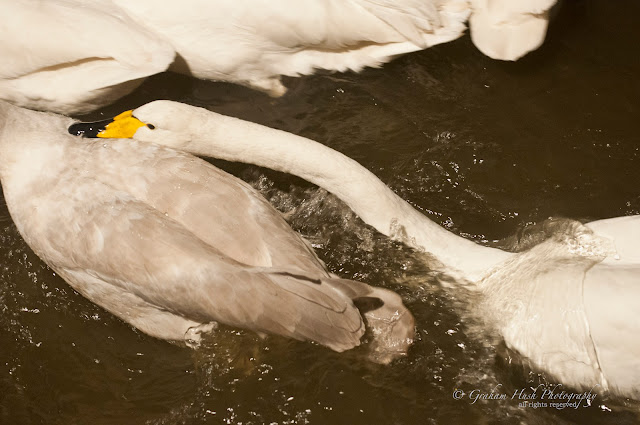 The water was soon turned to a jacuzzi as ducks, swans, pochards and teal all fought to get at the feed. 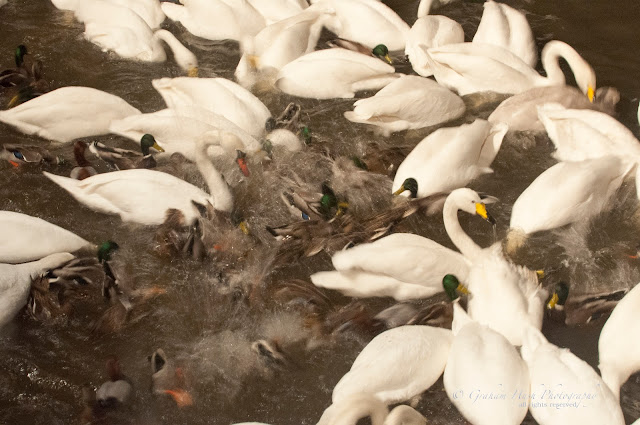 While the swans had the advantage of their long necks, the other fowl has to make do with furiously kicking their legs to get at the rapidly sinking pellets. 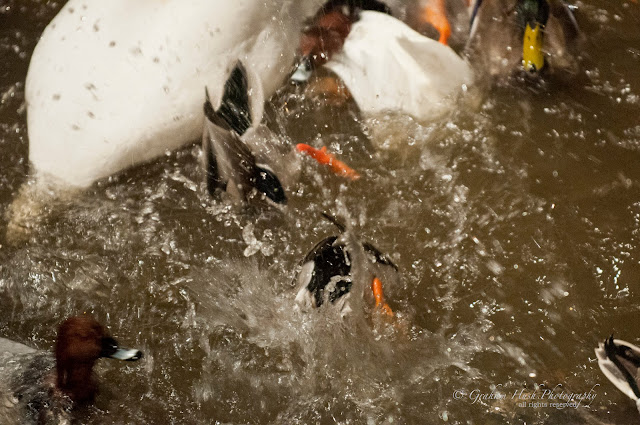 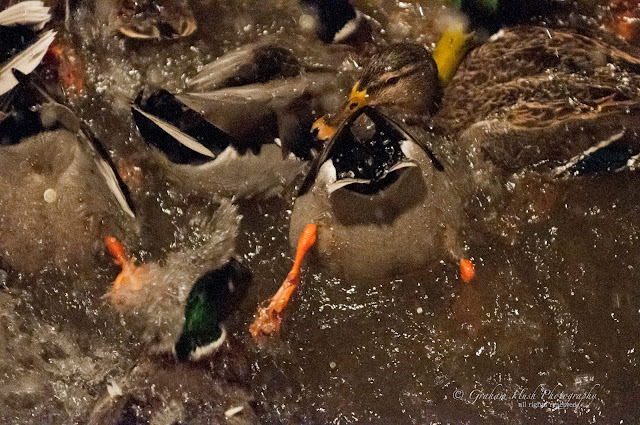 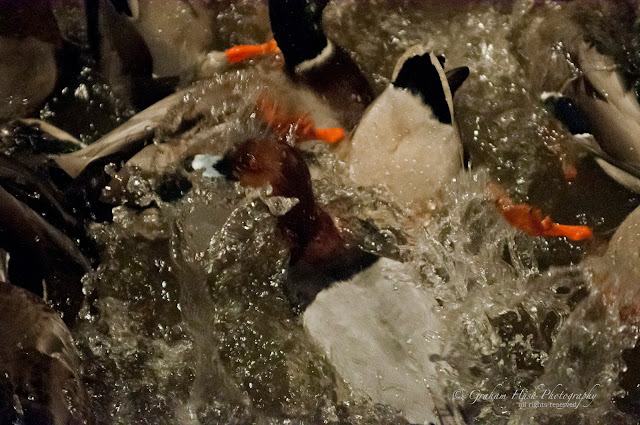 Once all of the feed had sunk to the bottom, it was left to the swans to pick up the leftovers. 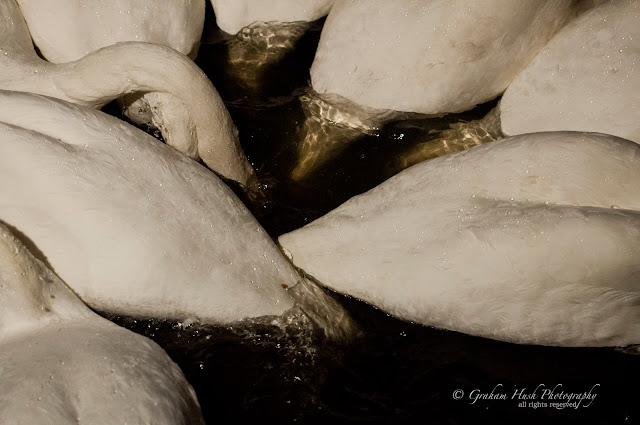 It was a great experience and I will definitely be returning in the new year.  Hopefully when the waters which covered the Ouse wash had receded somewhat.

ALL IMAGES AND TEXT ON THIS BLOG REMAIN THE COPYRIGHT OF THE PHOTOGRAPHER, GRAHAM HUSH. UNAUTHORISED USE OF IMAGES OR TEXT IS STRICTLY FORBIDDEN.

IF YOU WISH TO USE ANY IMAGES/TEXT ON THIS BLOG, PLEASE CONTACT ME TO DISCUSS FURTHER.